• Poland on the Couch

has been created in Serbia by two psychiatrists, training group-analysts and psycho-analytic psychotherapists from Belgrade, dr. Marina Mojović and dr. Jelica Satarić – initially out of their wish to apply therapeutic community experiences to the traumatized communities in the field (during the “Horrible Nineties” – Destruction of Yugoslavia and its aftermaths). Carefully combining psycho-analytic, group-analytic, group-relations, Listening posts, Bridger’s transitional, social dreaming and therapeutic community traditions, as well as, thinking together with citizen-participants, citizen-conveners and colleagues, they developed a new psycho-social discipline, which provides:

It is based on the:

The last new born community of the RC Koininia is the Italian Reflective Citizens: the first two RC-workshops held by senior group analysts Alice Mulasso and Marina Mojović in 2019 in Chieri near Torino is inspiring further development of RC in Italy and other countries,

Important is the cooperating with similar/sibling citizens reflective initiatives/practices like are: Sandwich model in Israel, Dallas Diner Tables, the Poland of the Couch.

Poland on the Couch project 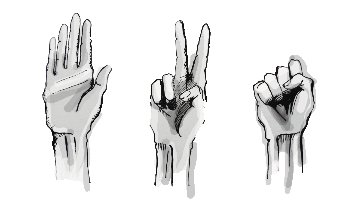 Poland on the Couch is an initiative started by group analysts (Institute of Group Analysis Rasztów) aimed at building a safe space for conversation – the basis of social life. Its roots date back to 2014, when an international conference Poland on the Couch – about the strength and fragility of the individual in the contemporary global world seen from the perspective of social and psychodynamic psychology was held. During the conference, analysts together with representatives of the world of science and the media discussed what was happening in Polish society.

The conference has become an inspiration for the organization of the Reflective Citizens’ workshops held in different cities in Poland, in which representatives of different environments can have an opportunity to reflect on social processes. It also resulted in the cooperation with the Polish Society of Psychoanalytic Psychotherapy in Poland.

Methodology of our Workshops

The workshops usually take place in accordance with the following plan:

I. Social Dreaming Matrix (SDM) – an hour and a half free discussion on the subject of dreams told by individual participants of the meeting together with the commentators of the leaders and with reference to the current and past social situation.

Trilogy – moderated by group analysts discussion in three circles on the following topics: What is for me to be a Polish citizen now? (first circle); Reflections on the first discussion, analysis of revealed emotions and main themes (second circle); Placing both discussions in the social context: local and national (third circle).

II. Short speeches of two or three invited guests, which are a free answer to the main subject of the workshop – that is the question What does it mean to me to be a citizen of Poland?

III. A large group, based on a free floating discussion, during which on the one hand we pay attention to the wider social context, but also to the interaction between the participants of the workshop.

The idea behind the workshops is to activate the local community and facilitate the social process of differentiations and codependency. What is important people from different cities contact us personally or via FB in order to organize such workshops together. It is always free of charge and based only or mostly on the local community effort and of course on ours too. Everybody can join and speak during such meetings. We are open to organize such workshop in any place, should anyone be interested please contact us.

Information on past and upcoming event available at:

Zajenkowska, A., Levin, U. (ed.) (2019.). A Psychoanalytic and Socio-Cultural Exploration of a Continent. Europe on the Couch. Routhledge: London

A Psychoanalytic and Socio-Cultural Exploration of a Continent. Europe on the Couch is a book that comprises three parts: General reflections; Particular understanding; and Practical interventions. The first and second one concentrate on analyzing processes and dynamics utilizing psychoanalytic and group analytic concepts: from the macro, that is more an European level and from the micro, that is a specific country level perspective. The third part presents some of the current applications of psychoanalytic and group analytic concepts as tools for enhancing national and international change in countries as well as on the “continent as a whole”.

–        Management of IRC is in the Belgrade RC Koinonia

We use cookies on our website to give you the most relevant experience by remembering your preferences and repeat visits. By clicking “Accept All”, you consent to the use of ALL the cookies. However, you may visit "Cookie Settings" to provide a controlled consent.
Cookie SettingsAccept All
Manage consent

This website uses cookies to improve your experience while you navigate through the website. Out of these, the cookies that are categorized as necessary are stored on your browser as they are essential for the working of basic functionalities of the website. We also use third-party cookies that help us analyze and understand how you use this website. These cookies will be stored in your browser only with your consent. You also have the option to opt-out of these cookies. But opting out of some of these cookies may affect your browsing experience.
Necessary Always Enabled
Necessary cookies are absolutely essential for the website to function properly. These cookies ensure basic functionalities and security features of the website, anonymously.
Functional
Functional cookies help to perform certain functionalities like sharing the content of the website on social media platforms, collect feedbacks, and other third-party features.
Performance
Performance cookies are used to understand and analyze the key performance indexes of the website which helps in delivering a better user experience for the visitors.
Analytics
Analytical cookies are used to understand how visitors interact with the website. These cookies help provide information on metrics the number of visitors, bounce rate, traffic source, etc.
Advertisement
Advertisement cookies are used to provide visitors with relevant ads and marketing campaigns. These cookies track visitors across websites and collect information to provide customized ads.
Others
Other uncategorized cookies are those that are being analyzed and have not been classified into a category as yet.
SAVE & ACCEPT
Powered by